2017 was the fourth season that I’ve shot photos for the Annandale High School (AHS) Girls Varsity Lacrosse team.  Unfortunately, due to travel, weather, and other conflicts, I was only able to catch three of their games.  Even for those, the weather wasn’t ideal, and a significant portion of the evening games were played in darkness, so good photos were few and far between.

Here are links to the password-protected galleries of photos for each game: 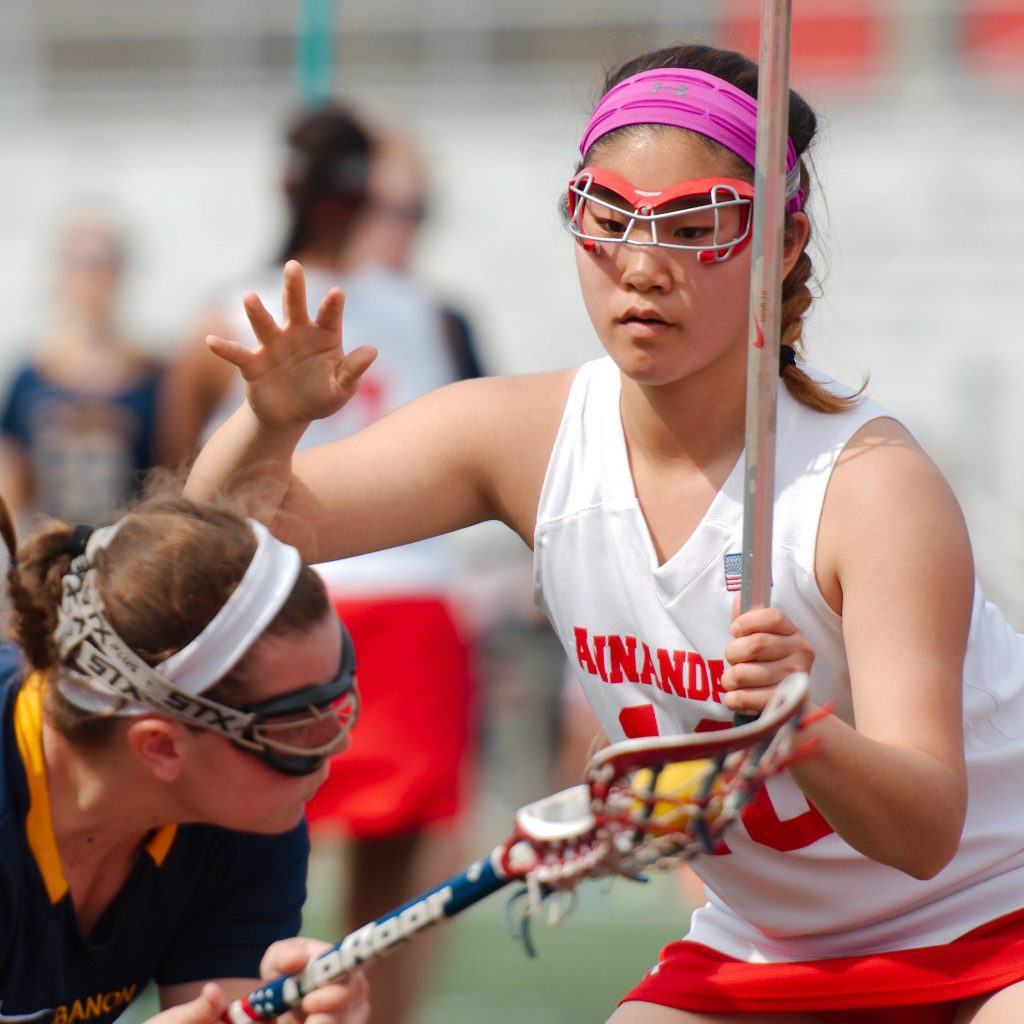 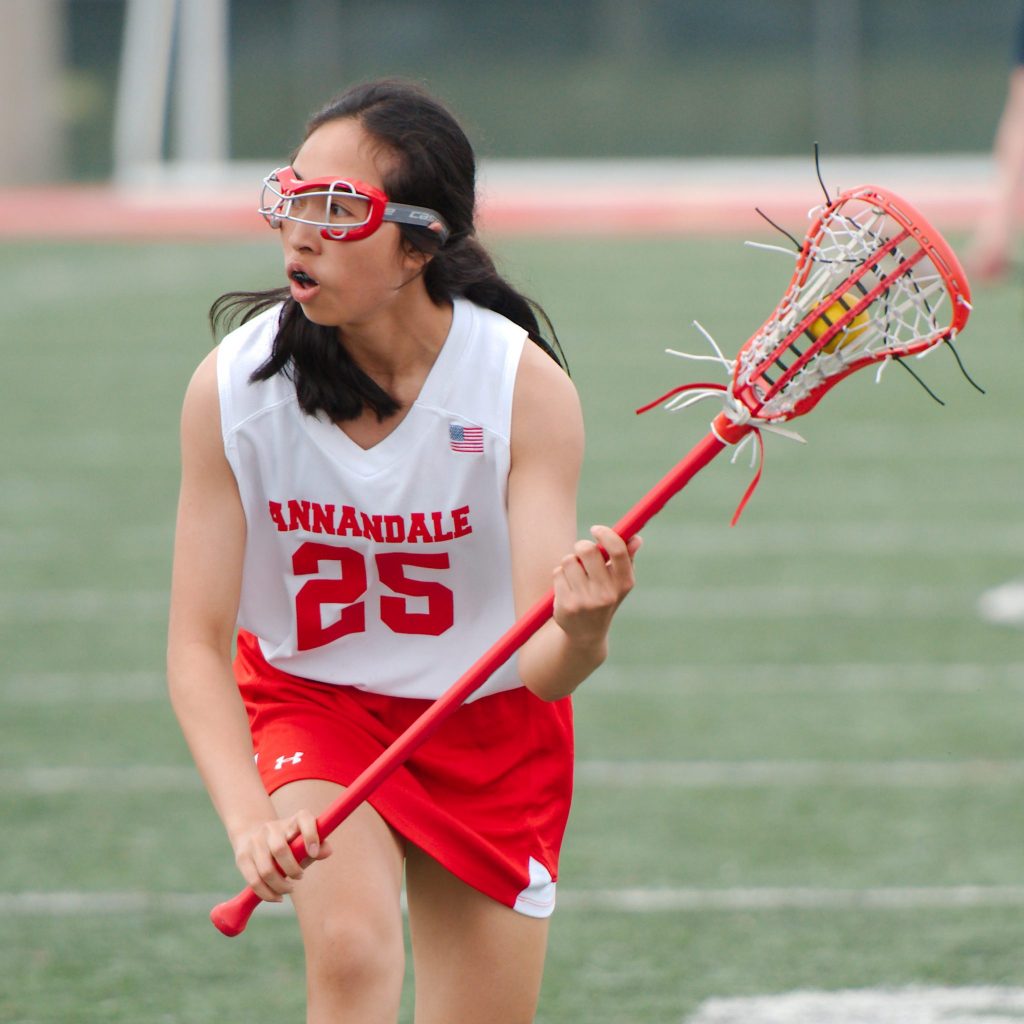 One of the key things I’ve learned about photography so far, is that what you leave out of a scene, is almost as important as what you leave in.  That’s the reason why, when I’m taking photos of people, I tend to take more closeups.  Even in photos of people playing field sports, we are used to seeing images that, no matter what the sport, look a lot like a rugby scrum somewhere off in the distance, always showing the full bodies, and all of the equipment, of every player involved.  To me, these photos fail to capture the “human drama of athletic competition”.  That human element is the exertion that is being expended, the pain that is being inflicted and felt, and the emotion that is being displayed.  To me, these are what make a sports photo compelling.  And for the athlete, I believe it is these that are likely to trigger the most vivid recollection of that moment, and therefore it is these that I should capture.

So, when I crop, I crop tightly around the subject matter.  By doing so, I am intentionally eliminating distractions, and any features that are less flattering or less important, and thereby increasing the emphasis on the intended subject, and the features that are more flattering and more important.  To me, if a feature doesn’t add something to the scene, then it detracts, and if I can using standard aspect ratios, I cut it out.  Since this cropping is dictated largely by the subject matter itself, this means that I have to crop using a wide variety of aspect ratios, and this puts me on a collision course with today’s social media.

It seems like most all social media sites have very specific web site display formats that force whatever photos you try to post on them into a specific set of aspect ratios (height x width).  If you feed it a different photo with a different aspect ratio, they have algorithms that will crop it for you (whether you like it or not).  To me, this is in direct conflict with the very spirit of the wide open internet, and some day soon, this will be fixed.  The home page of your social media site is intended to communicate something important about you in a way that can be understood and appreciated instantly.  And it could well be that that perfect photo is not TBD pixels high by TBD pixels wide.  So, what’s a photographer to do?

Well, to some extent, I’ve started to conform, not by leaving a bunch of dead space and irrelevant distractions in my photos, but by just taking more photos, in particular, more photos using landscape aspect ratios.  I realize that, even though I may not think what I’m shooting is the best photo, the worst photo is the one that is not used.

When I shot the Atlantic Sectionals wheelchair rugby tournament back in March, for a lot of the time I positioned myself on the sideline, so that I could get decent shots of both teams.  So, there I was, trying to take more landscape (or extended landscape) photos, but the outlines of the individual players were all … portrait.  So, what I did was I added dead space to the scenes, generally in front of the player’s direction of travel (and generally observing the Rule of Thirds).  This dead space did something to enhance the sense of motion.

The problem, was that I was shooting both teams from the same position, so I was constantly having to shift the focus point in the camera’s viewfinder (as indicated by a small red square) from two-thirds to the left in the viewfinder, to two-thirds to the right (this is done using a thumb-stick on the back of the camera).  It didn’t take long for this to get old (I was also concerned about how long the thumb-stick mechanism (and my thumb) would last at that rate of use.).  So, I was looking for a different solution.

Later this spring, in going through the manual for the Nikon D500 DSLR, I took note of a function called Autofocus 3D Tracking with Face Detection.  From the description, this function could possibly eliminate the need for me to manually move the focus point, because the camera could detect the subject, and move the focus point within the field of view, to maintain focus on the subject.  All I would have to do is, 1) position the focus point at the center of the camera field of view; 2) frame the subject with the subject’s face on the focus point; 3) trigger the autofocus function using the ‘back button focus’ button (on the back of the camera, of course); 4) move the camera to reframe the subject to where I wanted him/her in the image; and then 5) trigger the shutter release.  The keys to this working were two questions:  1) would the function lock on to the subject, even if I didn’t lock on to their face, or if they turned;  and 2) would the function track the subject at the full speed of the action on the court/field?  During the April 28th game against Mt. Vernon High School, I tried this out.

Maybe the results weren’t completely conclusive, but it seemed to me that the tracking function couldn’t maintain focus lock as the players moved in the field of view.  It could have been that it lost track when players turned their faces away, or they were blocked by another player.  I’ll have to try it in other circumstances that might be a little less challenging.